Afghan women must be a foreign policy priority, writes Advocacy Director Teresa Casale in The Hill

By
Tanya Henderson
Published on
January 11, 2021
Filed under
Women's Rights 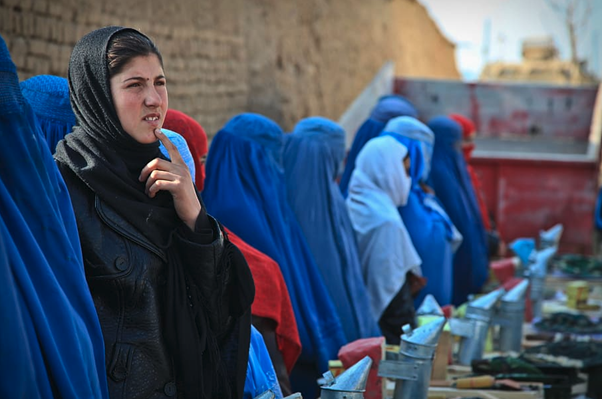 These policies put women’s rights at the center of the United States’ national security and defense policy. The 2019 Strategy on Women, Peace and Security requires the U.S. to prioritize the needs and perspectives of women in conflict prevention, resolution and reconstruction, to protect them during conflict itself, and to support them as decision-makers and agents of change throughout.

These requirements are based on decades of research showing that women’s participation in peace processes and government results in longer-lasting peace, more inclusive legislation, and more stable societies.

Despite this, the international community “does not have a good track record” when it comes to protecting the women of Afghanistan, Ms. Casale wrote.

Women were excluded from the negotiations with the Taliban in 2020. They were sidelined during planning for the Istanbul talks scheduled for April 2021, which were later postponed after the Taliban failed to show. And they were pushed down to the bottom of evacuation priority lists as the U.S. and its allies scrambled to get their nationals, personnel and Afghan contractors out. Under the Taliban, Afghan women have already had their rights curbed significantly—and many are in mortal danger.

We are already hearing direct reports of the Taliban conducting house-to-house searches for activists, journalists, people who worked in Afghanistan’s previous government, and people who worked with the United States… The women who have dared to speak out against the Taliban or advocate for women’s rights are at the top of their kill lists. They are targets for kidnapping, torture, and assassination by Taliban forces.

In the US, there is bipartisan support for policy action to help Afghan women. In August, a group of 46 senators signed a letter urging the Biden administration to create a humanitarian parole category specifically for women leaders and other high-risk women. Despite this support, this crucial category is yet to be created.

The United States and the international community must continue their efforts to get at-risk Afghan women out of the country. Under the principles of the Strategy on Women, Peace and Security, Afghan women must be placed “at the top of the foreign policy agenda. We owe it to the women on the streets fighting for their freedom and their survival.”