By
Teresa Casale
Published on
April 21, 2021
Filed under
Women's Rights 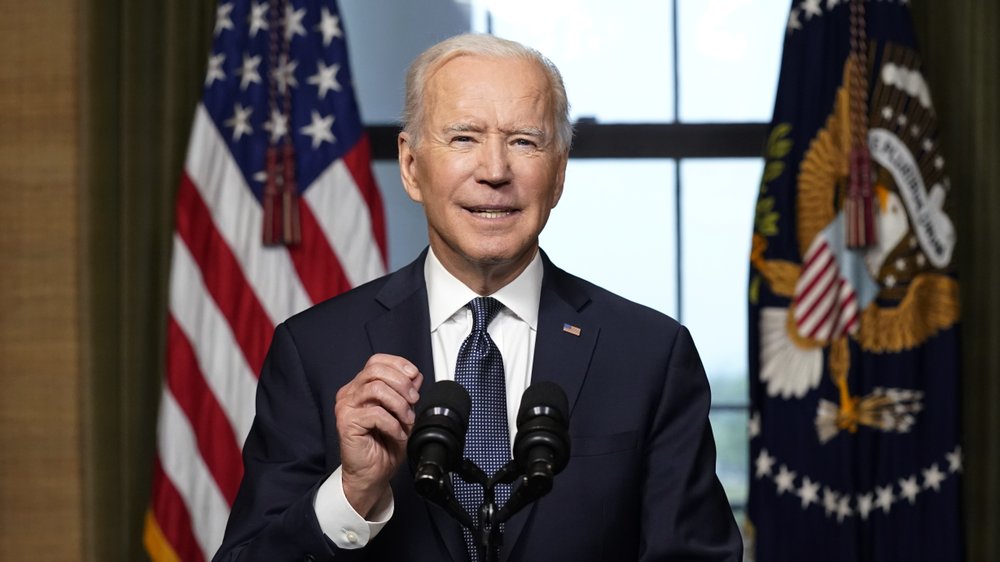 President Joe Biden speaks from the Treaty Room in the White House on Wednesday, April 14, 2021, about the withdrawal of the remainder of U.S. troops from Afghanistan. (AP Photo/Andrew Harnik, Pool)

Following the announcement from the Biden Administration of a non-conditional withdrawal of U.S. and NATO troops, Afghan women parliamentarians have released a statement outlining their concerns for the future of their country.

In the statement from the House Standing Commission for Human Rights, Civil Society and Women’s Affairs, and the Women's Parliamentary Caucus, they assert:

"Unfortunately, today, as the people of Afghanistan look forward to the prospect of peace, the United States and its allies are giving the Taliban the privilege of an unconditional withdrawal and signing an agreement. These decisions will negatively affect the Afghan people and the Afghan National Defense and Security Forces (ANSDF)."

The parliamentarians, along with Afghan women civil society leaders and their global allies, also share grave concern for the rights and safety of Afghan women:

"Due to their bitter experiences in the past, Afghan women have the right to question the decisions that will lead the country to a crisis. Therefore, the Human Rights, Civil Society, and Women Affairs Commission and Women's Parliamentary Caucus proclaim that: ‍

- As Afghanistan enters a new chapter in its history, unconditional, irresponsible, and hasty withdrawal of NATO in coming September will cause suffering and hardship to Afghan people, particularly Afghan women.

- If war intensifies, the Afghan security forces will need more troops, financial support, and equipment. We call on our international partners to support the people of Afghanistan with financial aid, equipment, and intelligence assistance.

- Afghan women see the peace process as a process that would put an end to their concerns and worries. This is only practical in a transparent and inclusive process with meaningful and quality participation of women. At such a critical historical juncture, the world must stand with the people of Afghanistan, especially with the women of this country."

Upon issuing the statement, Shinkai Karokhail, chair of the Women's Parliamentarian Caucus, stated:

"No one can ignore or exclude us. Women are half the reality of the country. Listen to us."

"The baby girl born in 2001 is now 20 years old. She belongs to the generation that grew up in a democratic atmosphere and won't go back to darkness."