As the U.S. Pivots on Policy, We Stand With Afghan Women

By
Teresa Casale
Published on
March 12, 2021
Filed under
Women's Rights 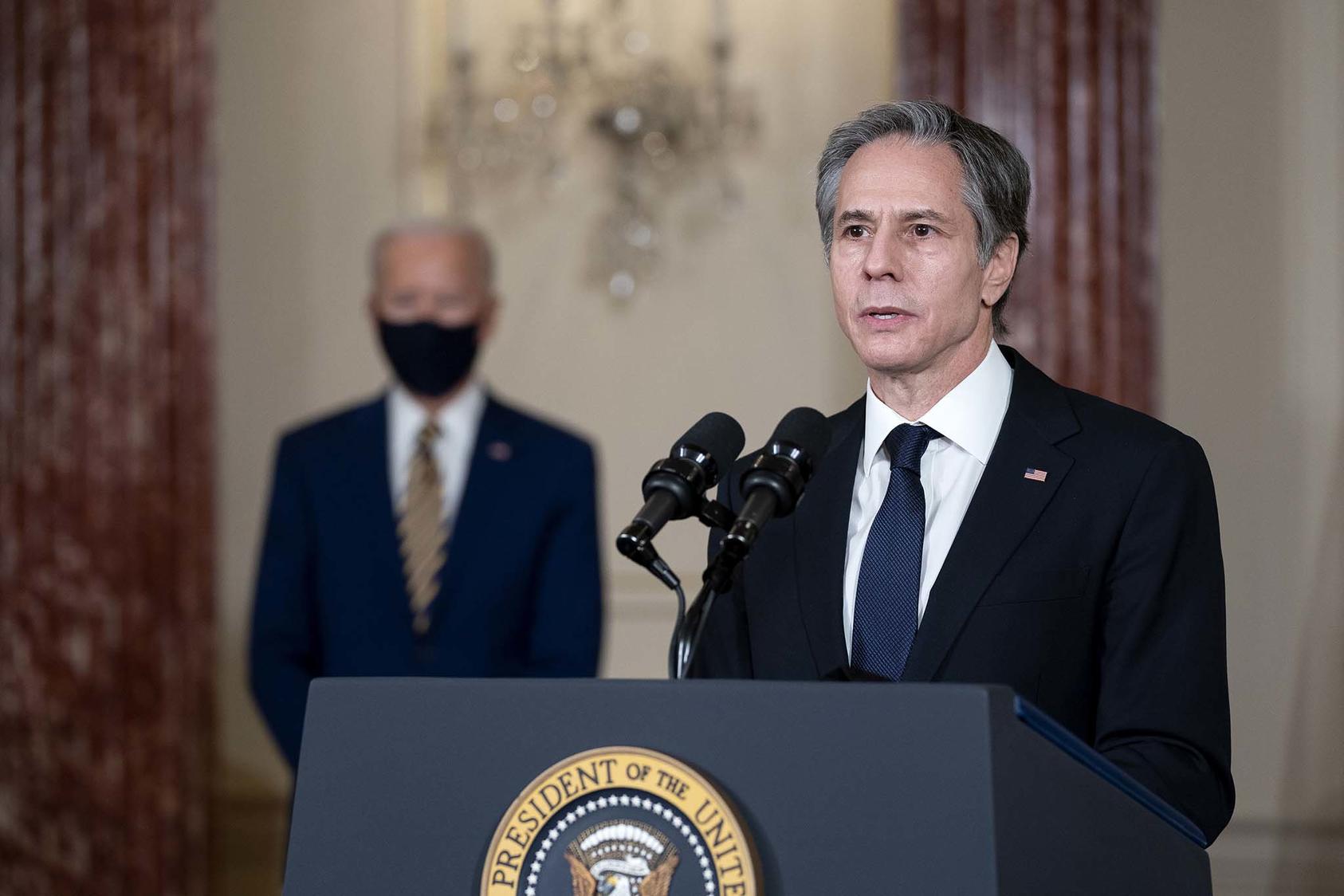 In a March 11 article by the United States Institute of Peace (USIP), a group of experts on peace and security in Afghanistan examined the Biden administration's new plans to "reinvigorate" the ongoing Afghan peace negotiations. The new plans were outlined in a leaked letter from Secretary of State Antony Blinken to President of Afghanistan Ashraf Ghani.

In the USIP article, entitled "Can Blinken’s Letter Jump-start the Afghan Peace Process?" gender expert and friend of Mina's List Belquis Ahmadi weighed in on how the new process could affect women's inclusion in the peace process and women's rights going forward.

She sought to answer the question, "How does the draft proposal address Afghan concerns about 'protecting the gains'--does it help or hurt preservation of the Republic?"

"During his confirmation hearing on January 19, Blinken said, “no outcome is sustainable without protecting the gains made by women and girls in Afghanistan … .” Afghans, particularly Afghan women and girls, viewed his statement as progress and a shift in the U.S. approach to end the Afghan conflict. It was anticipated that the new administration would have a stronger position on protecting Afghan women’s rights amid peace talks in Doha.

However, Blinken’s letter to Ghani did not make a single reference to the importance of protecting and preserving women’s rights. The U.S. government’s inconsistency in its messages has led to a lack of confidence among Afghans in the peace process overall and lowered morale during a period marred by increased violence and targeted attacks. The escalating level of violence has already forced a number of prominent Afghan women leaders and activists to flee their country for their own safety and security.

Additionally, the proposal does not address the vulnerability of Afghan women and girls’ rights and of the gains made over the past two decades. The proposed framework omits key institutions such as the Afghan Commission to Eliminate Violence Against Women, among others. Twenty years ago, institutions like this were created to protect and promote women’s rights. Ever since, the United States ensured through financial and human capital that these institutions are effective and sustainable. The United States owes it not only to the Afghan women to continue to support them, but to U.S. taxpayers to remain firm in protecting shared gains for which countless Afghan women have sacrificed. These institutions should be used as building blocks for a sustainable peace in Afghanistan. This is not only the right thing to do, but stipulated by U.S. laws.

For example, the Women, Peace and Security Act states: “It shall be the policy of the United States to promote the meaningful participation of women in all aspects of overseas conflict prevention, management, and resolution, and post-conflict relief and recovery efforts, reinforced through diplomatic efforts and programs … .” The Biden administration should bear this in mind as it presses for more substantive commitments from the Taliban in the ongoing negotiations."

Mina's List could not agree more, and calls on the Biden administration and international community to ensure women are not sidelined once again. Women must be meaningfully included and their rights protected, at the negotiating table and beyond.