By
Teresa Casale
Published on
February 1, 2022
Filed under
Announcements 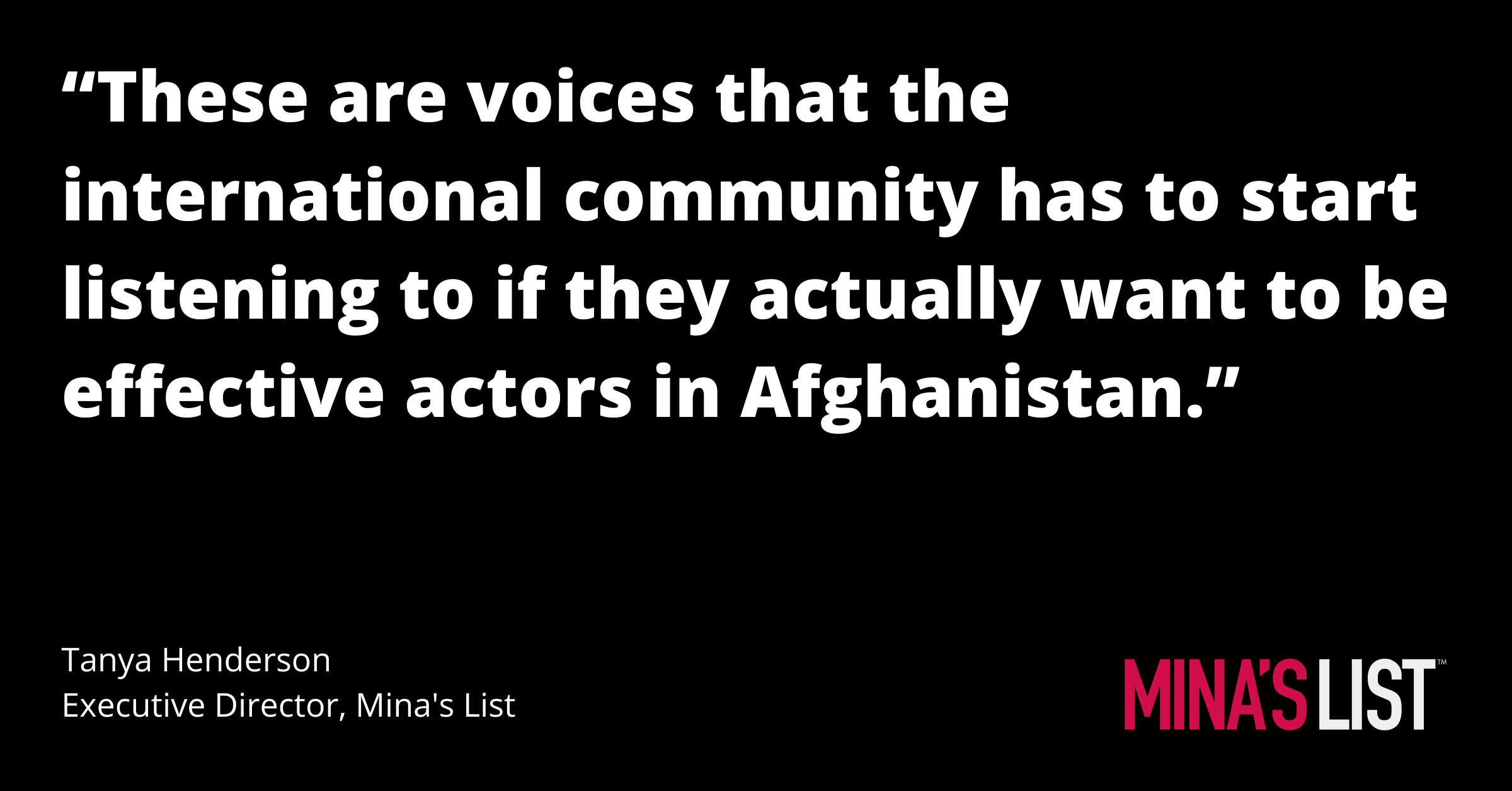 The bravery and determination of Afghan women former members of parliament exiled in Greece was highlighted in a recent episode of the Guardian podcast, which portrayed the ongoing advocacy work they have led since their harrowing escapes from the Taliban.

The enormous speed with which the Taliban took over Afghanistan impeded planned evacuation efforts and saw Mina’s List working closely with other individuals and groups, such as the Amed Khan Foundation, in order to secure the evacuation of as many Afghan women as possible.

“It was a multi-pronged and really complex operation that took place,” Ms. Ferris-Rotman said, describing the work of Mina’s List and others to coordinate the escape of Afghan women political leaders and their families, many of whom had been identified on Taliban hit lists.

Of the women that Mina’s List helped to bring to safety, 28 MPs are now in Greece where they are being supported by Mina’s List and Elpída Home, a Greek nonprofit committed to providing a humane, dignified, and empowered living experience for refugees and other vulnerable groups.

Ms. Ferris-Rotman also described in the podcast the difficult situation that the women MPs have faced since leaving their country, especially those who were forced to make the difficult decision to evacuate without family members:

“One MP, her father and her father-in-law both died a month after she arrived in Greece. She told me how missing her father's funeral is going to haunt her for the rest of her life.”

The women MPs are, however, determined to continue to fight against the Taliban’s rule. The group in Greece has come together to lead advocacy efforts against the Taliban regime using the global network of self-exiled women legislators. Their aim is to bring together all the voices of all of the women MPs from the Afghan parliament, including those exiled in other countries, such as Albania, India, Pakistan, the UK, Canada, and Norway. Ms. Henderson explained that the MPs have very clear strategic ideas on how to address the multiple crises that emerged in their country following the Taliban takeover.

“These are voices that the international community has to start listening to if they actually want to be effective actors in Afghanistan.”

Shagufa Noorzai, who had worked hard on improving the socio-economic status of women and children in her constituency in her native Helmand province, is determined to continue working for a better future for Afghanistan.

“Our intention is to really leverage all of those networks, to amplify the women’s agenda, to amplify their platforms, to help them have opportunities.”

Listen to the full podcast here.