By
Teresa Casale
Published on
August 22, 2021
Filed under
Women's Rights 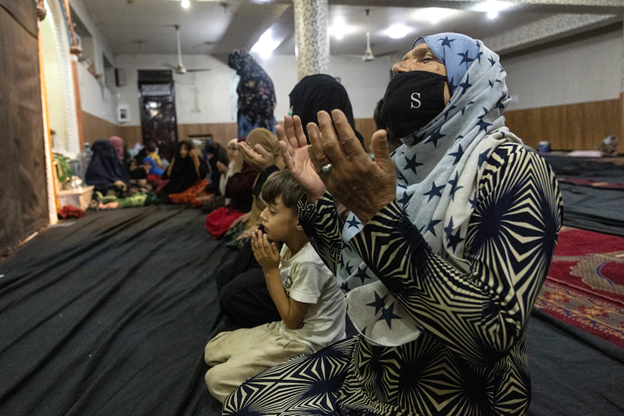 Women activists, lawmakers, and peacebuilders in Afghanistan are under immediate threat as the Taliban tightens its grip on the country. In an op-ed in the Washington Post—written just prior to the Taliban taking control of Kabul—Mina’s List founder Tanya Henderson outlined the urgent steps the US government should take to protect these women, before it’s too late.

Co-authored with Melanne Verveer, executive director of the Georgetown Institute for Women, Peace and Security and a former US ambassador for Global Women’s Issues, the op-ed highlights the grave danger that these women face:

H. hears she is next on the Taliban’s hit list of women activists. It is one of many death threats she has received — that’s why she fled her home in Herat and why we are identifying her by only the first letter of her last name. H. used to help implement U.S. programs to support Afghan women’s participation in society. She is in a safe house in Kabul and is desperately seeking a route out of Afghanistan.

The situation for women in Afghanistan grows more dire by the hour…Women are told they can’t leave their homes without a male guardian; some have been flogged in the streets; some have been killed. Hundreds of women journalists, activists and judges have been assassinated in recent years. Unless evacuated, many more are poised to become Taliban victims.

The op-ed highlights four urgent steps that the US government should take in order to live up to its commitment to protect women like H.:

First, charter direct evacuation flights for Afghan women activists most imminently under threat. Already, too many have died in Taliban assassination campaigns…

Second, direct a significant portion of the $1.125 billion appropriated for Afghan refugees in the emergency supplemental passed on July 30 to ensure the priority program is strongly implemented…

Read the full op-ed on the Washington Post website to learn more about why these steps are urgently needed, and please consider making a donation to support our work with Afghan women like H., who have risked their lives to stand up for others.