By
Teresa Casale
Published on
July 9, 2020
Filed under
Announcements 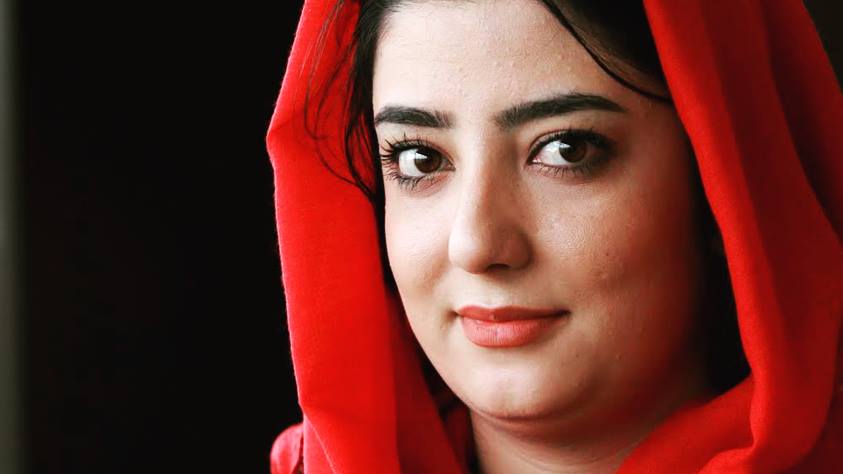 On June 27, advocates for peace and women’s rights in Afghanistan were shocked and heartbroken to learn of the targeted killing of Fatima Khalil, 24. A new employee of the Afghan Independent Human Rights Commission, she had recently returned to Afghanistan to work toward a better future for her country. Only six weeks earlier, this same community was rocked by a horrific attack by militants on a maternity hospital in Kabul. Even in an environment marked by decades of violent conflict, the massacre of mothers, nurses, and newborn babies felt like a devastating new low.

At Mina’s List, we have felt these losses deeply. We have mourned alongside our Afghan sisters and felt the pull toward despair in our deeply troubled times. We have not, however, given up hope.

Through our years of work in Afghanistan, Mina’s List has learned one thing: Afghan women are leaders. While women’s leadership is important in all contexts, it is often the very key to peace in fragile and conflict-ridden environments. The world sees Afghan women as victims and it seems they’ve all but forgotten them. Even the U.S., who cited the Taliban’s treatment of women as a reason for the 2001 invasion and who has recently enacted new policies to empower and protect women in situations of conflict, has relegated Afghan women’s rights to an intra-Afghan issue. But we have seen the power of Afghan women leaders in action, and know that the hope for a peaceful and prosperous future for the country lies with them.

Mina’s List witnessed this first-hand when we implemented a political empowerment and capacity-building program for Afghan women aspiring to run for public office. Knowing that the potential is endless but resources are few, the program sought to train and equip them with the hard skills and necessary networks that lead to success. The program took place in two phases,first in 2015, then in 2018. In 2015, the foundation of the program was formed by a listening session in Dubai, UAE, where we partnered with the Afghan Women’s Network (AWN) and Afghan Women’s Educational Center (AWN) to gather 15 aspiring women candidates and 8 women who were serving in parliament at the time. Through discussion and dialogue, we were able to conduct a deep examination of the barriers that keep women out of politics in Afghanistan, many of which are severe. For instance, the women reported challenges with fundraising, an integral part of any political campaign, especially when competing with well-established male politicians who benefit from the financial corruption that helps keep them in power. Learning how difficult this is to overcome led to the development of the Women Influencing Nations (WiN) app, groundbreaking mobile technology that helps women safely and securely run their campaigns and receive cash transfers from their smart phones.

From this Listening Session, we were able to strategize a path forward and create ways to overcome the biggest barriers keeping women excluded from politics. We developed a curriculum of trainings, skills-building tools, and resources that would become a week-long set of Empowerment Workshops for aspiring political candidates and a subsequent Mentorship Program by experienced parliamentarians to take place the following two years.

Unfortunately, the 2016 elections were postponed and none of the women were able to announce their candidacies at the time. However, when it was announced in early 2018 that elections would be held that year, Mina’s List secured funding from UN Women Afghanistan and other generous donors* to implement a full program of Empowerment Workshops, built upon the Listening Session that had taken place in Dubai.

In June of 2018, the program launched in full force with 77 women participating, including 35 new aspiring candidates, representing 32 of Afghanistan's 34 provinces. Fifteen former or current Afghan women Members of Parliament (MPs) participated in the workshops as part of our Two-Year Mentorship Program for the candidates. The MP Mentors represented all four major ethnic groups in Afghanistan as well as the Kochi nomadic tribes.

During the four days of training, this powerful gathering of diverse women leaders led to stronger networks and connections at the strategic level,and increased solidarity that brings strength and courage at the personal level.  Each day of training was arranged by theme: women’s rights and substantive political representation in Afghanistan, including gender budgeting, gender sensitive parliamentary processes, women’s rights under Sharia law, national law, and international law;building, running and winning a campaign; training in political mentorship and safety and risk mitigation; campaign video training and WiN App launch and training.

The program had representation from a dozen civil society leaders and high-level government representatives who served as program trainers, including Wasima Badghsy, Deputy Chair of Afghanistan's Independent Election Commission. Ms. Badghsy received special permissions from President Ashraf Ghani to attend, and did a training for the women on Afghan election laws. We also held a cultural exchange dinner where we were joined by Finland's Ambassador to India and Ms. Asila Wardak, Director General of Human Rights for Afghanistan’s Ministry of Foreign Affairs who is also a Mina’s List Advisory Board Member.

The first night of the gathering set a powerful tone when we screened Peace Unveiled, a documentary from Fork Films and Peace is Loud about women leaders in Afghanistan who have spent their lives working for peace and women’s rights. There were several women in the room who were featured in the film and had never seen it. The emotion was palpable as they relived some of their own history and reflected on the 10 years since the film had been released. This led to a poignant discussion afterward on the gains made and losses suffered, as well as lessons learned for the path forward on such topics as negotiating with the Taliban.

In the end, the results of the program were nothing short of extraordinary. Out of the 50 Afghan women who were trained through Mina’s List political empowerment training and mentorship program, 37 ran for parliament and eight won their campaigns in Afghanistan’s 2018 national elections. Each of them used the WIN mobile technology to run their campaigns. Of the eight who won, four candidates were from Taliban controlled or contested areas and two were under the age of 30. Shagufa Noorzai, 24 at the time, became the youngest member of Afghan Parliament and continues to represent Helmand Province. Farzana Elham, 26 at the time, now represents the Kochi nomadic tribes in parliament. Halima Askari, competed and won against a well-established warlord in ultraconservative Wardak Province.

These women are the reasons we refuse to give up hope. Today they continue to face violence discrimination, and instability, as the terrible events of just the past month can attest. But these examples of startling success show what is possible even when it seems improbable. Even those who ran and did not win their campaigns still won for women’s rights and peace. Every woman who participated in the program represented countless other women who know what their communities and the country needs because they live its challenges and conquer obstacles day after day.

While these obstacles show no sign of slowing down and the future of Afghanistan remains tenuous, there is now a vibrant and experienced group of Afghan women leaders in civil society and political leadership who are determined to share their knowledge, mentor budding leaders, and create a new wave of women policymakers. We share in their determined hope that these leaders will unite to protect the rights of women and girls and fight for peaceful,prosperous future for all of Afghanistan.

*Mina's List would like to extend its heartfelt gratitude to the Rockefeller Brother’s Foundation, Cynda Collins-Arsenault, Elaine Nonneman, and UN Women Afghanistan for making this program possible.