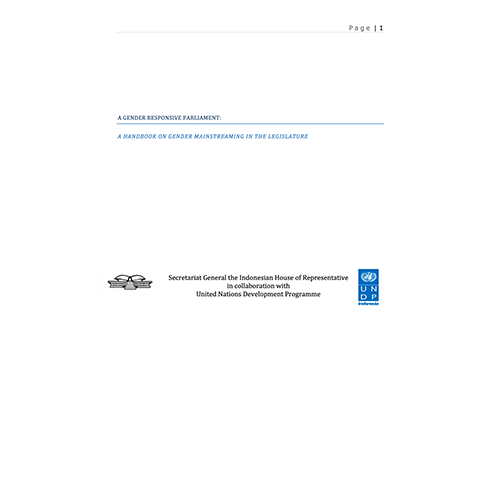 A Gender Responsive Parliament: A Handbook on Gender Mainstreaming in the Legislature

Initially introduced through the Beijing Declaration and Action Platform of 1995, gender mainstreaming is a strategy used to realize gender justice. Gender mainstreaming is commonly defined as a process to evaluate the implication of each measure planned for women and men, including regulations, policies, or programs, in every field and at all levels. This handbook was prepared to provide a simple reference on gender mainstreaming in the legislative function, with particular focus on producing legislation and budgets. It is directed at parliamentarians and legal drafters who require understanding of gender issues.