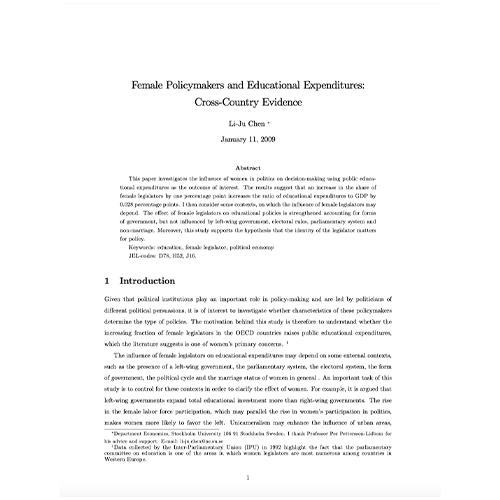 This paper investigates the influence of women in politics on decision-making, specifically related to public educational expenditures. The study examines and controls for certain contexts that may affect the influence of female legislators, such as the presence of a left-wing government, the type of government, the political cycle, and the marriage status. Results suggest that the greater the representation of women in parliament, the higher the public educational expenditures. Additionally, the author concludes that because women and men play different roles in society and have different interests and priorities, it follows that women’s interests cannot be adequately represented in decision-making by men.