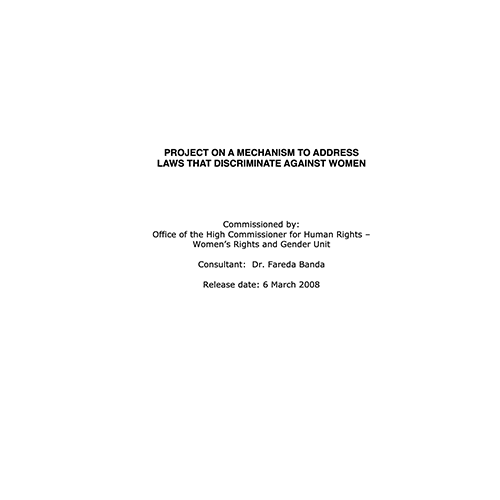 Project on a Mechanism to Address Laws that Discriminate Against Women

Office of the UN High Commissioner for Human Rights