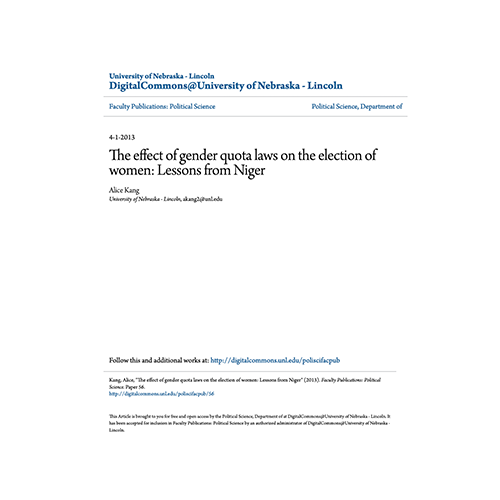 The Effect of Gender Quota Laws on the Election of Women: Lessons from Niger