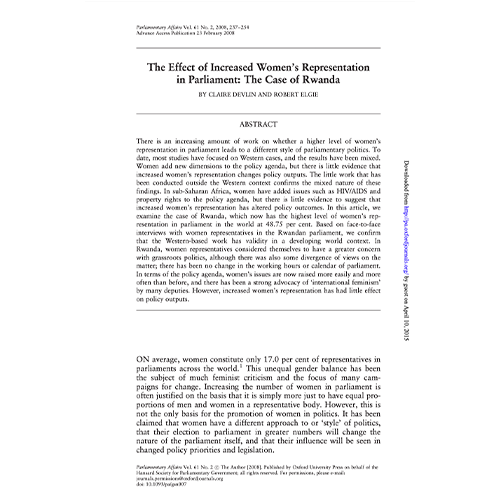 The Effect of Increased Women’s Representation in Parliament: The Case of Rwanda

There is an increasing amount of research about the effects of women’s representation in national government on the style of parliamentary politics in a country. However, most of these studies focus on Western cases. This article examines the case of Rwanda, which now has the highest level of women’s representation in parliament in the world at 64 percent. Based on face-to-face interviews with women representatives in the Rwandan parliament, research suggests that Western-based work has validity in a developing world context. In Rwanda, women’s issues are now raised more easily and more often, and there has been a strong advocacy of international feminism.