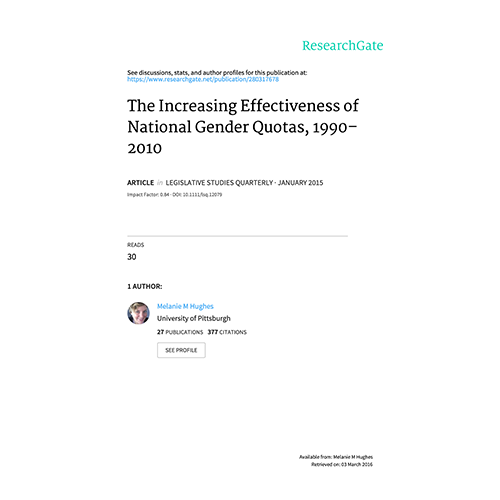 In a cross-national study of 145 countries, this article examines how effective gender quotas are in creating positive change for women over time. Overall, gender quotas become an increasingly more powerful method of transforming the makeup of national legislatures as time passes. However, the impact of gender quotas at the national level can be affected, among other factors, by the design of the quota. Positive change spurred by gender quotas can also be correlated to shifting attitudes about gender equality and women’s participation in politics.